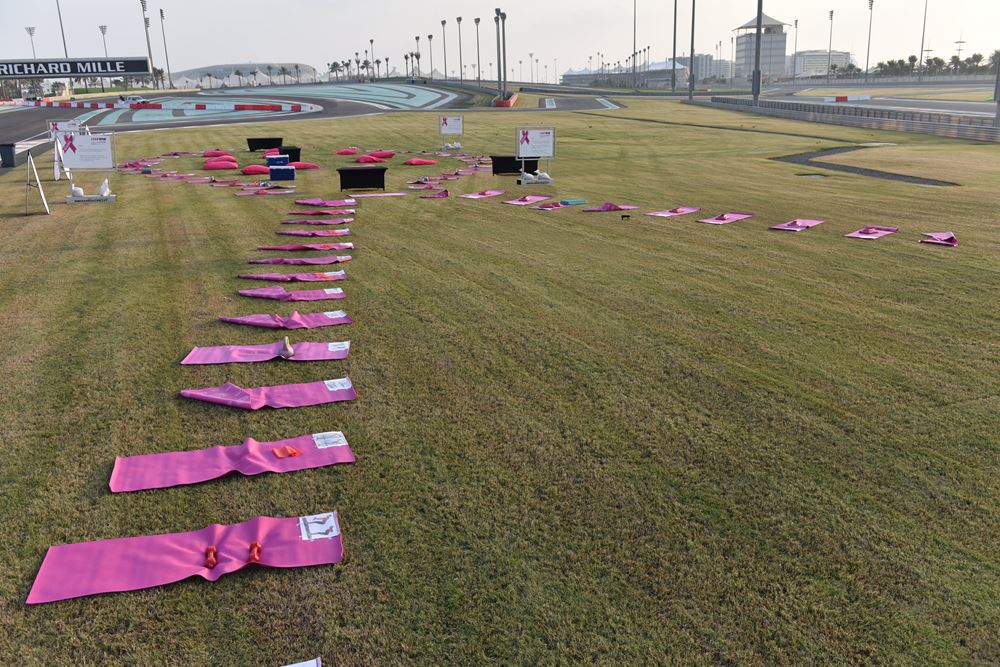 The event, named ‘Circuits on the Circuit’, will put as many as 700 women through their paces under the banner of a giant pink ribbon.

It is organised by GoYAS, a weekly women-only fitness group, and is being sponsored by Fatima bint Mubarak Ladies Sports Academy.

GoYAS provides an arena for Emirati women to come and exercise and at the same time learn more about important issues surrounding women’s health.

“Many women’s cancers can be avoided or minimised if detected early and so the importance of these events cannot be underestimated.

“We are delighted to be supporting such a worthy cause and doing our part in the fight against this disease that affects so many women worldwide.”

The event will be held on Wednesday, and will comprise of four exercise stations.

GoYAS has been running under Fatima bint Mubarak Ladies Sports Academy and has generated a strong Emirati female following, with 90 per cent of attendees being UAE nationals.

GoYas is being held every Wednesday between 6pm to 9pm, entry is free but requires registration for membership on the Yas Marina Circuit website.