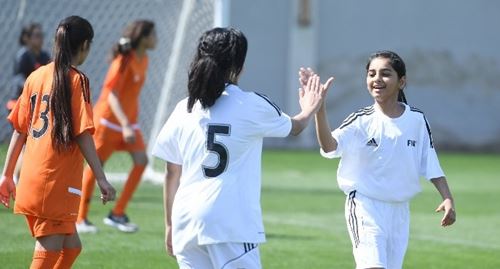 The Conclusion of Round Three

With the conclusion of this round, East Sharjah and Fujairah is in the lead with 9 points and Dubai is the runners-up with same number of points but less goals, while Abu Dhabi in the third place with 6 points.

The fourth round of U-14 Girls League will commence on Friday where East Sharjah & Fujairah will meet Dubai, Private School will play Abu Dhabi Club and RAK will face Sharjah, Ajman and Umm Al Quwain.

The fourth round of U-16 Girls League will commence the same day where Sharjah, Ajman and Umm Al Quwain will play Abu Dhabi Club, while East Sharjah & Fujairah will face RAK.