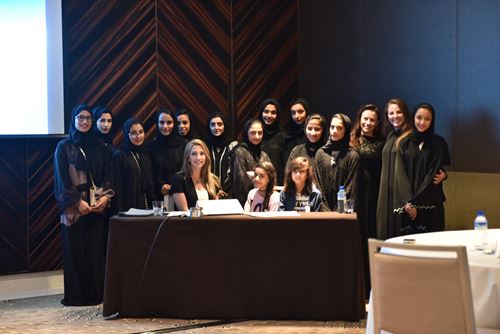 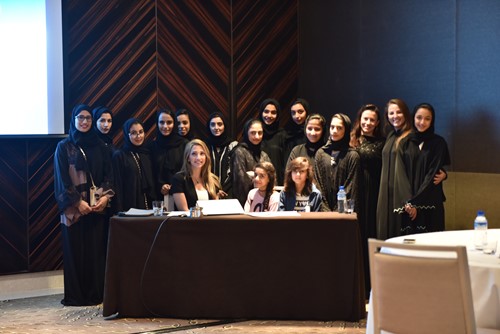 The dietary expert, Dr. Diana Tannous educated the attendees about the elements of a balanced diet which meets the physical requirements of a Jiu Jitsu athlete, especially during practice and participation in competitions. Dr. Tannous also addressed the issue of a Jiu Jitsu athlete's proper preparation diet wise before participating in tournaments, while she clarified some misconceptions about nutritional supplements and the relation between the athletes' weight and a high-calorie diet.

Dr. Tannous stated: “It is a great honor for me to take part in this workshop and I am very pleased with the interest that the UAE Jiu Jitsu female athletes have showed in learning about their dietary needs, as well as how to calculate their energy, carbohydrates and protein requirements from food and nutritional supplements, healthy fats, vitamins and minerals”. 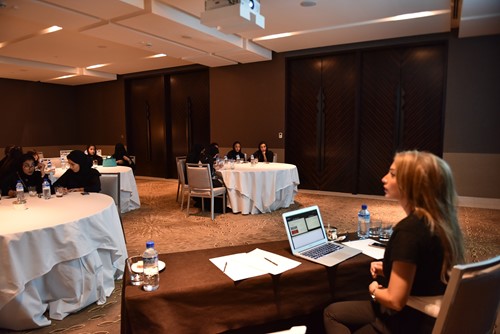 Dr. Diana added: “Most importantly, participants today also learned how to maintain a healthy weight and a balanced physical activity during competitions and daily life alike".

The UAE Jiu Jitsu Federation athletes Deema Al Yafiee and Elyaziah Al Shahyari expressed their gratitude to Her Highness Sheikha Fatima Bint Mubarak, Chairwoman of General Women's Union, Supreme Chairwoman of the Family Development Foundation, Chairwoman of Motherhood, Childhood Supreme Council “Mother of the Nation”, and to Her Highness Sheikha Fatima Bint Hazza, Chairwoman of the Fatima Bint Mubarak Ladies Sports Academy, for giving them the chance to be educated on how to form an integrated dietary system, and on many healthy habits and practices that will help them to enhance their performance as Jiu Jitsu athletes and as healthy members of the society of our beloved nation.

At the closing of the workshop, the participating athletes were awarded Honorary Certificates for the positive interaction with the workshop events, and in turn they articulated their gratitude to Her Highness Sheikha Fatima Bint Mubarak, for the pioneering role she is playing in supporting Emirati women in the field of sports, with the constant care and leadership of Her Highness Sheikha Fatima Bint Hazza.