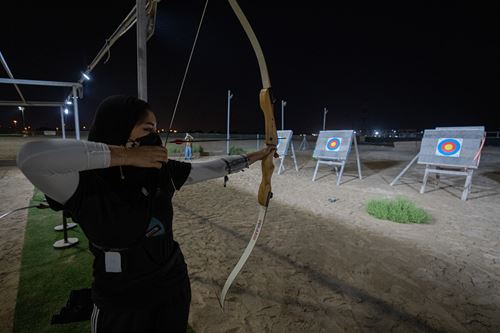 FBMA Archery tournament, concluded on Wednesday 25 November. As it is considered one of our community events that was held at Abu Dhabi Cricket Club, was concluded with the participation of “30” archers. The best 4 archers received medals and were awarded according to point criteria where Lamia Abdullah Al Hamzawi won gold, a Silver medal for Shaima Mohammad Al Kaabi, and 2 bronze medals awarded for Mahra Hassan Al Shamsi and Salama Saeed Al Rumaithi.

The organizing committee allocated 10,000 AED cash prize for the winners. The tournament was held amid strict precautions to ensure the safety of the players, where each person involved in the event presented a mandatory and recent (48 hour) negative PCR test, in addition to adhering to social distancing recommended by the safety authorities.

"When we took the decision to organize the 3rd FBMA Archery tournament, one of the most popular sports in the UAE, we weren’t expecting to reach full capacity that quickly.

FBMA Archery tournament was held in cooperation with the strategic partners of FBMA; Abu Dhabi Sports Council and each of the sponsors: ADA’ Archery Range and Abu Dhabi Cricket Club, who contributed and worked hard to ensure the success of this tournament, supporting it in various ways. As well as for the development of the remarkable events and activities for women’s sports. FBMA team also highly credited the follow-up, support, and joint cooperation between the Academy and the sponsors, resulting in the success of the event. 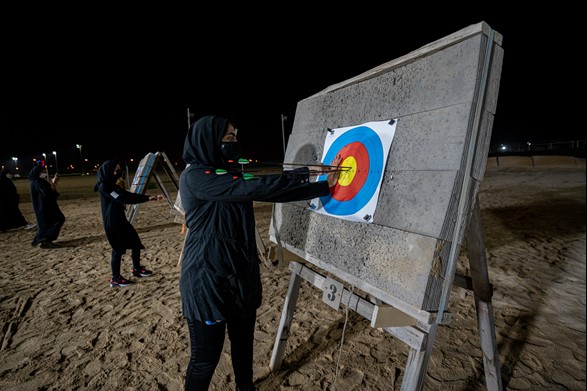